Priory Cars have a wide range of used BMW’s that provide a mixture of performance, comfort and reliability to cater to everyone’s taste.

BMW’s are often said to be ‘built to last’ and there is no exception when it comes to the used vehicles that Priory Cars have in stock.

Second hand BMW’s with high mileage are still considered to be highly reliable cars thanks to the manufacturers high attention to detail.

BMW’s were traditionally all rear wheel drive and designed to provide the perfect driving experience, with as near as possible 50/50 weight distribution.

While there are now a few models that sit outside this ideology, essentially branded Mini, it is fair to say that none of the driver experience has been lost along the way, in fact, with the introduction of the Efficient Dynamics Range, the boundaries are being pushed even further.

Another important part of the BMW engineering Ethos is that all the BMW designed and built engines are driven by a timing chain, and not the often feared and essentially replaceable Timing Belt. Something else you don’t need to worry about, or indeed need to budget for changing.

With an impressive range of cars that come with both petrol and diesel engines and manual or automatic gearboxes, in anything from sporty hatchbacks up to luxurious grand touring vehicles, you can be sure that there is a used BMW that will be perfect for you.

Whether you want to upgrade your current vehicle, or you are buying your first car, we can help. 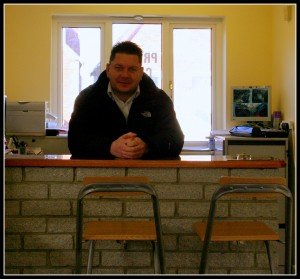 Here at Priory cars, it is our mission to take the stress out of buying a used car and whether you have your eye on a BMW 1 series ,a 3 series or a 5 series, we can guarantee a simple sale.

The BMW 1 series was launched in 2004, and this model has since become one of the most sought after small hatchbacks around. The 1 series is BMW’s smallest model excluding the Mini range, and comes in a variety of specifications including a hatchback, coupe or convertible. One amazing fact about the 1 series, is that in 118d form, the road tax is as low as £30 per year for vehicles equipped with the N47 engine, producing over 140 bhp. This series of engine was introduced in 2007. With this engine, even the 175bhp 120d range are still only a very impressive £105 per year road tax, with very impressive fuel consumption figures aswell.

The most common type of used BMW we have at Priory Cars is the one series.

The BMW 3 series is a compact executive car highly popular with business people who are constantly on the move and require a car that is fast, comfortable and reliable., or with families that want something that bit bigger than the one series. Again available in a range of body shapes, being 4 door saloon, 5 door Touring estate, 2 door coupe or 2 door convertibles. as stated above, they share the very impressive and sophisticated range of petrol and diesel engines.

The 3 series is now in its fifth generation, so if you prefer a second hand BMW, there are plenty to choose from.

For a larger executive car, choose the BMW 5 series, offered as a four – door Saloon or five door Touring Estate. Equipment levels on this range is particularly impressive, and like a lot of the BMW cars on the road today, they get built to order, and as such can be quite bespoke in there trim and equipment levels, from out and out luxury, to the ultra high performance of the M5 model. Almost as impressive, is the 535d range of 3.0 litre twin turbo diesel engines, producing a staggering 282bhp, but still only £220 per year road tax, and 40mpg plus.

Powered by WordPress. Built with Automotive.